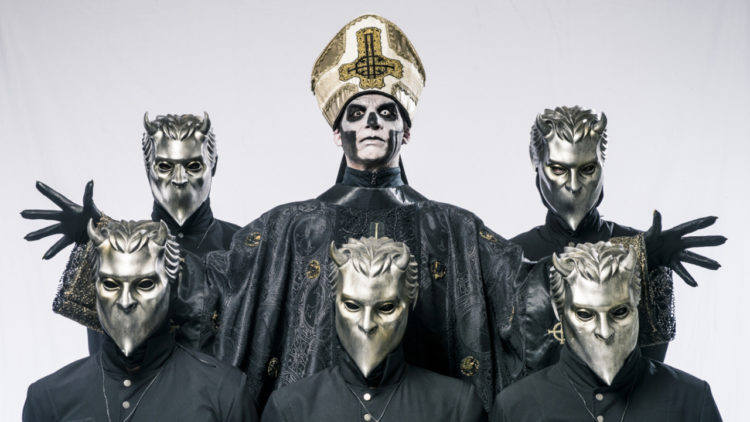 Ghost is a Swedish heavy metal band that was formed in Linköping in 2008.In 2010, they released a 3-track demo followed by a 7″ vinyl titled “Elizabeth”, and later their debut full-length album Opus Eponymous. The Grammis-nominated album was widely praised and increased their popularity significantly. Their second album and major label debut Infestissumam was released in 2013, debuted at number one in Sweden, and won the Grammis Award for Best Hard Rock/Metal Album. The band released their third studio album, Meliora, in 2015, to much critical acclaim and high record sales, reaching number one in their home country of Sweden and number eight in the United States. Its lead single, “Cirice”, earned them the 2016 Grammy Award for Best Metal Performance. Ghost is easily recognizable because of its eccentric on-stage presence. Five of the group’s six members wear virtually identical, face-concealing costumes. The most distinguishable member is the vocalist, who wears a prosthetic face with skull face paint, appearing as what can be described as a “demonic anti-Pope”.[2] Each album cycle has brought about a change in the band’s appearance. The vocalist is always portrayed as the same archetype character, but has slight appearance changes and even personality traits are altered from former versions. The band members’ true identities are kept anonymous, as their actual names have not been publicly disclosed. The vocalist calls himself Papa Emeritus, and the musicians are referred to only as Nameless Ghouls. 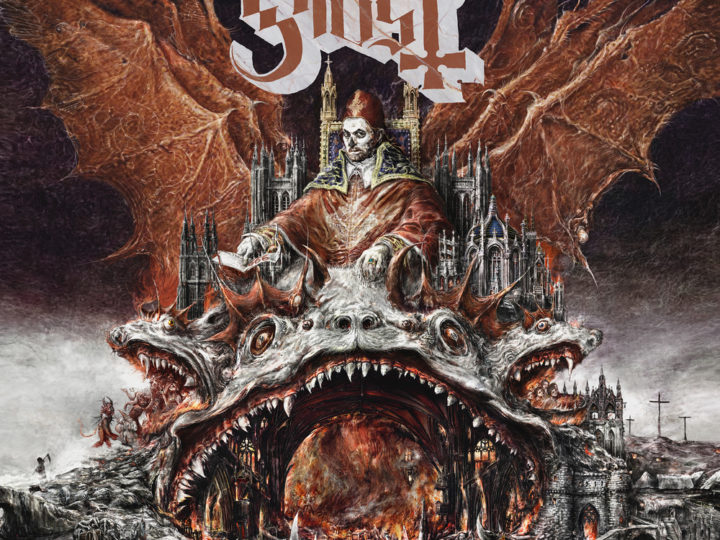 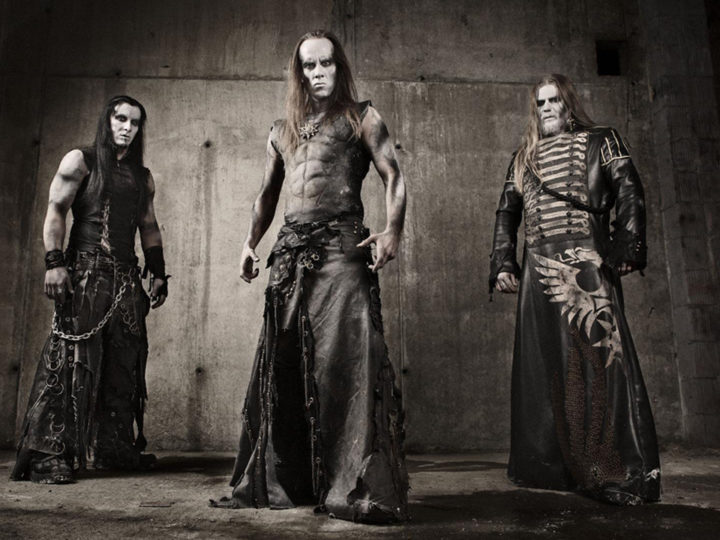 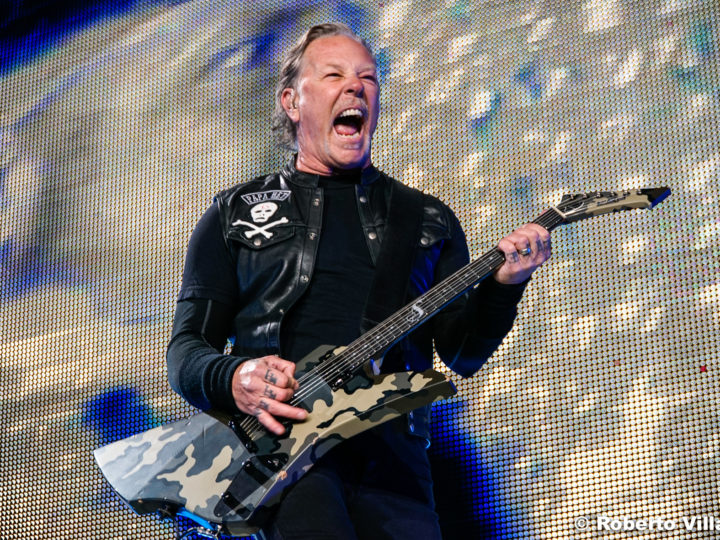